It’s July, the weather in Chicago is steamy, and despite a stretch of baseball that has made much of the city cringe, the Cubs appear to be getting healthy coming out of the break. Tommy La Stella has already come off the DL, and several other important pieces are shortly behind him. David Ross should be back with the team after the All-Star break. Center-fielder Dexter Fowler should be ready within the next 7-10 days. But the most interesting of those coming back is left-fielder Jorge Soler.

Soler started the season in Chicago ice cold, but was really heating up in late May and early June before he went down with yet another hamstring injury. In the calendar month prior to his injury, he had an .822 OPS, and in the two weeks prior to the injury he had a 1.027 OPS. Mike Banghart gave us a little bit of insight on how the injury might affect him moving forward, but I want to investigate just how the Cubs are going to fit him into their rotation for the rest of 2016.

The Cubs’ depth is absolutely an asset, but it also makes life particularly difficult on Joe Maddon when everyone is healthy and going well. When healthy, you have to assume that Dexter Fowler and Jason Heyward are pretty much locked into center and right fields, respectively, barring the occasional off-day. That leaves Kris Bryant (with Javy Baez at third base), Willson Contreras and Jorge Soler to get the majority of the playing time in left field. Obviously guys like Tommy La Stella and maybe Matt Szczur will get a day here or there, but I expect the other three to get the lion’s share. With all of them being right-handed, the roster doesn’t really lend itself to a platoon.

Here is the (loose) way I see things lining up, presented through my clearly advanced graphic design skills: 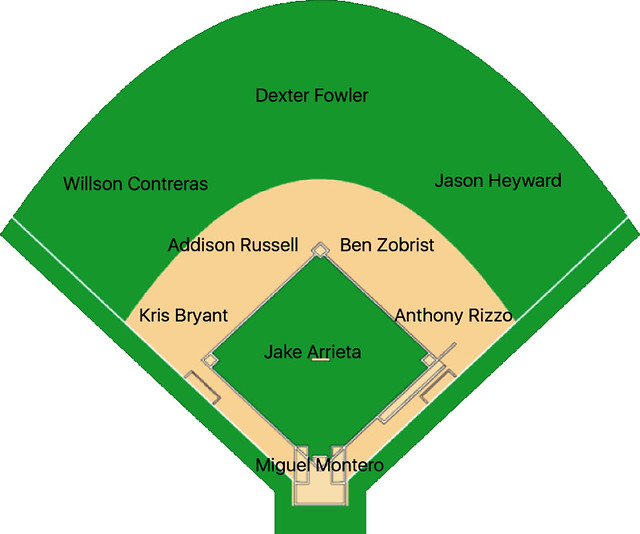 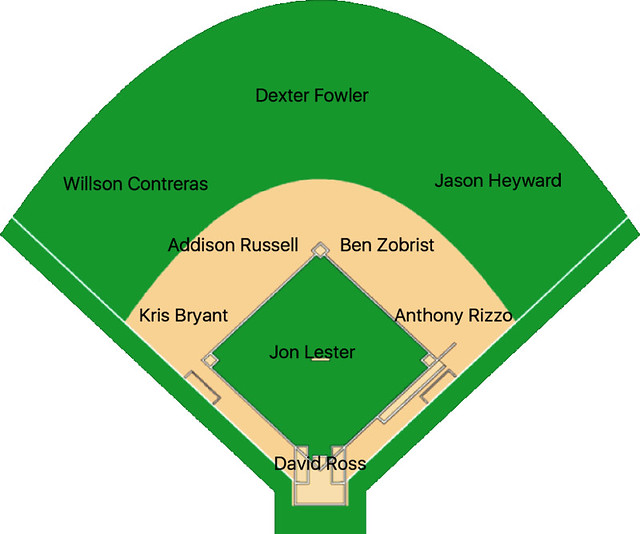 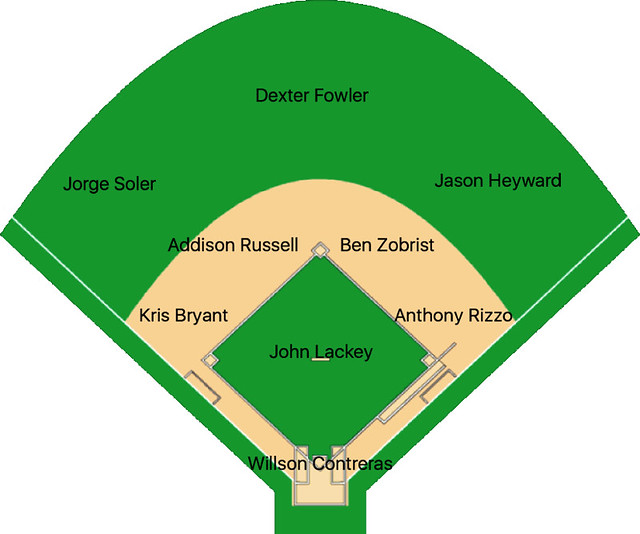 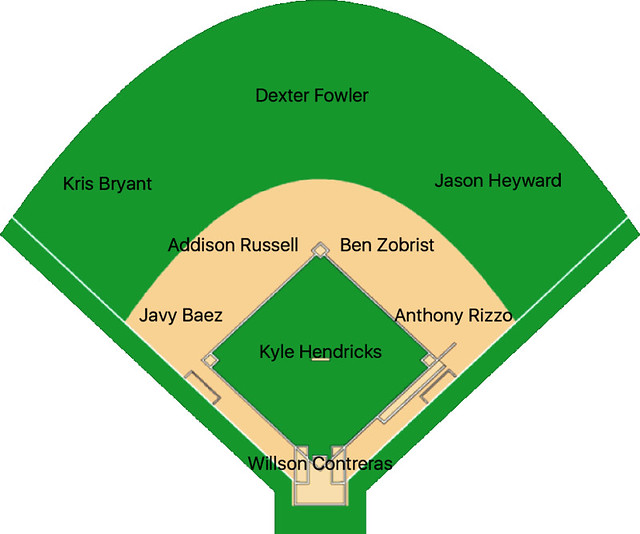 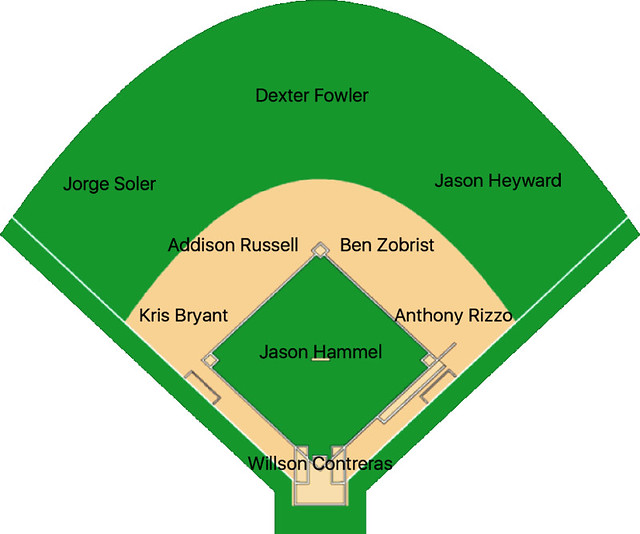 While it is certainly hard to predict, especially with a guy who plays lineup roulette as much as Joe Maddon, this should be enough playing time to get guys like Baez and Soler the repetition they need to stay fresh. La Stella, Szczur and maybe even Coghlan, when he comes off the DL, might get the occasional start here and there, but they are pretty much just bench bats at this point. Trades and or injuries could easily muck up my plan, but this is how I see it playing out assuming perfect health with the current roster. Maddon can also ride the hot hand and get Baez or Soler more or less playing time dependent on how they look. If Soler comes back from injury and hits like he did prior to hitting the shelf, it will be extremely difficult to justify keeping him out of the lineup.

It’s situations like these where I certainly love the position the Cubs are in, but I don’t envy Joe Maddon and the decisions he has to make on a daily basis. Good thing he gets paid to make those decisions and I just sit here in my mother’s basement questioning his every move.