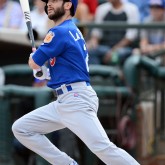 With less than a week to go until the Cubs open up the 2017 season in St. Louis, the vast majority of the Opening Day 25-man roster has been pretty clearly solidified with just a few final exceptions. The most notable of those is the battle for the final bench spot. With Joe Maddon’s known […]