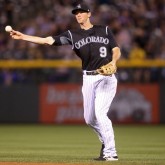 In 2016, Colorado Rockies second baseman D.J. LeMahieu produced a .348 batting average by season’s end. LeMahieu played in 146 games for the Rockies and sustained his average across 552 at bats, qualifying him for the National League batting title. It was a pretty remarkable season for the 27-year-old infielder, who logged an impressive .911 […]