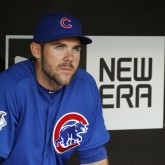 In the last stretch of the off-season—for me, the part that stretches from the Cubs Convention in mid-January until pitchers and catchers report a month later—there’s a lot of nervous chatter, inane conversation, and debate over the most minor of details involving baseball players and teams. While it would be nice to have real baseball […]