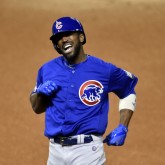 Cubs fans have already said goodbye to Dexter Fowler once, and they undoubtedly did not anticipate not only finding themselves in a position where they would be preparing to do it again but also that it would somehow be even harder than the first time. His surprise and well-chronicled return to the Cubs in late February sparked a […]