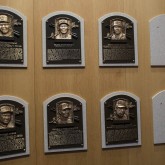 It’s a little too much to say that Don Hurst charted a course for Cooperstown throughout his early career, but it would be a little too little to say that he didn’t. Since 1920, 85 players have accrued at least 2,700 plate appearances and had an OPS+ of 120 or higher in their first five […]