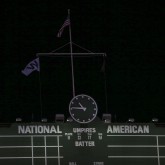 Like any baseball fan who came of age in Chicago during the 1990s and 2000s, I followed the Cubs religiously during the boom of sports talk radio. Which is just another way of saying I can recite the Heavenly Bodies commercial more accurately than the national anthem. And anyone who listened to the reasoned and […]