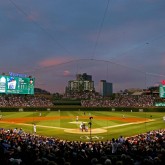 The Birmingham Campaign began in the spring of 1963 to directly address the violent and deep segregation in Birmingham, Alabama. After a month of heavy protests, including sit-ins and rallies, the city came to an agreement with Martin Luther King Jr. and the other Campaign heads on May 11th. The Birmingham Truce Agreement sought to […]