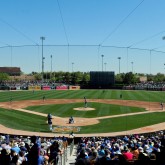 On October 13th, 1921, Edna Vaughn phoned the police to file a missing persons report for her husband, James “Hippo” Vaughn. His disappearance was dated as October 8th, five days prior to the phone call. But the truth of the matter is Hippo Vaughn began disappearing months earlier, beginning April 24th, 1921. Previously the ace […] 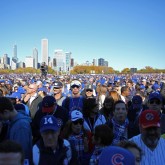 Under the ownership of the Ricketts family, the Cubs have done a fairly good job of acknowledging and celebrating their history. Legends like Billy Williams and Andre Dawson are routinely feted at Wrigley Field while greats like Lee Smith and Randy Hundley often return to be applauded by the fanbase. One thing underlying most of […]