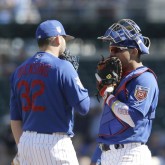 As a rule, I’m hesitant to mention Bob Brenly in the posts I write on the off chance it might bring up repressed memories of watching any of the Cubs teams for which he broadcast. In these heady times for the franchise, no one needs to be reminded of…say…Milton Bradley throwing a ball into the […] 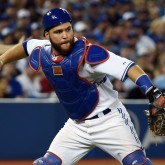 On the face of it, the Cubs seem to have their catching situation covered in both the short and the long term. Last year, Miguel Montero—the big-league incumbent—was the fifth most-valuable catcher in the game, as measured by WARP (3.92), and his 13.9 FRAA ranked fourth, defensively, at the position. Meanwhile, Willson Contreras, the Cubs’ top catching prospect, broke out in […]