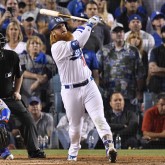 As they prepared to meet the Spartans in a naval battle outside the city of Naupactus during the second year of the Peloponnesian War, the Athenian soldiers trembled at the overwhelming numbers and strength of their opponent. Sensing this fear, their general, Phormio, spoke to them, declaring that their inferiority in numbers was compensated for […]