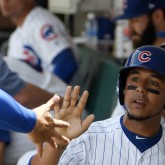 When the Chicago Cubs signed Jon Jay early in the offseason, the idea of him grabbing anything more than a role as a fourth outfielder was…unappealing. A few months later, it’s still a rather sobering thought, albeit under entirely different circumstances. With the Cubs getting so little production from so many essential parts of their […] 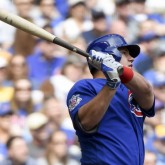 It was an interesting thing watching the (I guess you’d call it) fallout from Joe Maddon announcing during the spring exhibition season that Kyle Schwarber would set the table for the Cubs in 2017. While it wasn’t met with a ton of opposition, it has led to countless breakdowns across media outlets and the blogosphere. […] 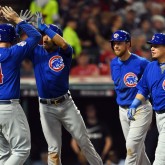 The Chicago Cubs’ high-powered offense contributed to much of their success in 2016, and much of the third-ranked 808 runs they scored was due to the production of Dexter Fowler at the top of the order. Fowler had been the lead-off man on the North Side since he was acquired in 2015 and for two […]