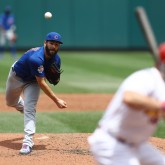 “Pitchers are obviously not human.”i Mid-century California poet Jack Spicer wrote this, referring more to poets themselves—who he conceived of as catchers, receiving dictation from an otherworldly muse—than to pitchers, in any kind of baseball sense. As a poet of the Berkeley Renaissance of the 1950s and ’60s, Spicer developed some idiosyncratic theories about poetry […] 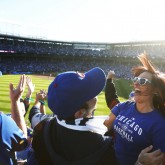 Each baseball season tells its own story, and though many of the superficial details are similar year to year—all seasons start in the spring and end in the fall, for example—no two stories end up coming out quite the same. It’s important, therefore, to actively resist the temptation to assign any sort of label to the 2016 […]