On June 23rd, 1895, in the third inning of the Colts’ game in Chicago against the Cleveland Spiders, a group of policemen entered the Colts’ clubhouse and arrested the entire Chicago starting nine. Each player was served an arrest warrant and made to sign a $100 bond officially for disturbance of the peace, but in actuality for “breaking the Sabbath.” The delay lasted approximately five minutes, after which the nine players returned to the field and trounced the Spiders 13-4 before a crowd of 10,000.1 Though the arrest that day was done in short order, it instigated a months-long trial that affixed itself to a decades-long dispute.

Sunday Baseball As a Corrupting Force

In 1878, the National League banned Sunday baseball, both for religious reasons and as a way of keeping blue-collar workers from the ballpark in an effort to make the game more gentlemanly. From there, the battle over Sunday baseball entered state legislatures and later state courts, as most states instituted Sunday observance laws banning many activities including professional baseball. For his part, AG Spalding, owner of the Cubs in the late 1880s, held contrasting views. He understood the ne 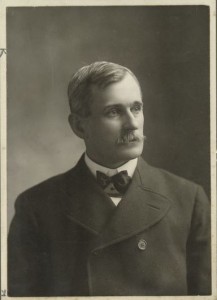 cessity of broadening a team’s paying fanbase, but believed Sunday baseball would introduce immoral acts into the game, like drinking and gambling. Thus he asserted just prior to selling the team to James Hart that each individual team and city should decide for itself whether to allow Sunday baseball.2

It was likely that the majority of fans in larger cities, like New York, Chicago, and Cincinnati overwhelmingly approved of Sunday baseball. These fanbases were slightly less religious and more importantly consisted of many factory workers for whom Sunday was their only day off. Hart acknowledged this fact upon taking over the team in 1892, but said that though he and the fans were in favor of Sunday games, “such a thing is scarcely possible in Chicago.”3 Indeed, in May of 1892, Illinois passed an ordinance banning outdoor activities on Sundays in Chicago city limits. The fines for violating the law were set at such rates that few could afford to break the law more than once. As Hart said, the prospect of Sunday baseball in Chicago was bleak.4

The clamor among Colts fans to legalize Sunday baseball was met with much pushback from a number of religious communities. One of the most vocal early opposers was Reverend Leach, who gave a lecture in early June of 1889 that was published in newspapers throughout the country:

To play baseball on Sunday leads to every sin under heaven… the laxity of Sabbath observance in the city is terrible…. Look at these little boys growing up about us. Their little hearts can’t help but fire up when they see a ball game. Pretty soon they begin lying to their dear parents; they say they were at Sunday school when they were really at a ball game. From this a drunkard’s grave is but a few steps. Why, every Sunday I can look from my pulpit and see wicked men and boys running the bases almost within the shadow of the church… not only do these people offend the church, but they violate the Constitution of the United States.5

This rhetoric was picked up by anti-Sunday baseball individuals and groups across the country, the strongest of which was the International Sunday Observance League, created in the spring of 1892.

In the early 1890s, groups like the ISOL strategically targeted many semi-pro baseball teams, having their players arrested and fined for playing on Sundays. Though these groups also protested professional teams, they did not enact legal tactics against them, fearing the repercussions of attacking such revered figures. But when Hart and his team began playing on Sundays in 1894, support for the ISOL dwindled, propelling them to attack the Colts out of desperation.

As president and spokesperson of the ISOL, Reverend W.W. Clark stated in 1894 that the goal of the organization was to “see whether the state controls the city or the city controls the state in the enforcement of laws.” Though the organization first attacked the easy target of saloons, which already carried a strong perception of debauchery and immorality, Clark ensured his supporters that it had far greater goals. He asserted that the future “prosecution of Sunday ball players was only the beginning.”6

The Ins and Outs of the Trial

The members of the Chicago Colts as well as their owner, James Hart, appeared in court on July 9th, 1895. The man responsible for their arrest, the crafty W.W. Clark, testified that while visiting his friend who lived beside the park, he had been greatly disturbed by the noise, which, upon further inspection, had come not from the beloved players, but the fans, who “clapped with their hands and cheered the various plays.”7 Constable Muerchke, the man who arrested the players, corroborated Clark’s claims, asserting the players were “orderly” and all noise came from the fans. Other witnesses, from sports reporters to members of the neighborhood said the same things, with one asserting he had “heard more noise from a band at a funeral or from a church” than from the crowd. In essence, if the baseball game constituted disturbing the peace, all other Sunday activities would also have to be banned.

Eleven days later, on July 20th, Justice David Ball ruled the team was guilty and ordered each player to pay a $3 fine. His verdict was based on the fact that “the evidence shows that an exhibition game was in progress and that, quoting the words used by witnesses on both sides, ‘shouting, clapping, cheering, and yelling’ were liberally indulged in. There is no doubt of this, nor is it denied by the defendants.”8 More than this preponderance of evidence, though, Ball ruled them guilty so the team could appeal the Sabbath ordinance to a higher court in order to legally settle the question once and for all.

Each play had to appeal his case individually, but because they were all the same, the ruling for one would be the ruling for all. Thus, in the months in between this initial verdict and the first player’s appeal, Clark and the International Sunday Observance League turned their attention toward bars, assuming this baseball case would be a resounding victory. No other state, to their knowledge, was close to legalizing baseball, and Illinois would not want to become the first to do so. It is also likely Clark feared further action from organizations like the Chicago Amateur Baseball Association, which condemned Clark in a statement given to the Tribune on June 28th.9

Whether out of overconfidence or cautiousness, Clark did not touch the issue of Sunday baseball, and the issue similarly neglected him. On January 14th, 1896, one week after Colts’ left fielder, Walter Wilmot, filed his appeal, he was declared innocent. The court found that no breach of the peace was committed that Sunday afternoon, and Wilmot had been unjustly fined.

The Future of Sunday Baseball

Just weeks after Wilmot was declared innocent, Clark was removed from his position in the league, and the ISOL quickly faded into obscurity. The Wilmot case opened the door for the legalization of Sunday baseball, which occurred first in Chicago, then Cincinnati and St. Louis in 1902. Though this fight would not end for many decades, with the puritanical Boston becoming the final professional city to legalize it in 1929, Wilmot v. City of Chicago led to the rapid striking down of Sunday ordinance laws across the country in the first decade of the 20th century.