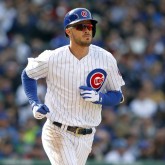 Not to pump the brakes on Kris Bryant, but it was a little bit annoying that he followed up his 2016 MVP season by starting the 2017 season 0-for-15 with six strikeouts. File that sentence away under the whiny fan category who can’t even bask in the glory of a franchise’s first championship in generations […] 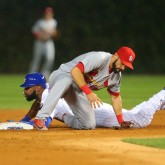 $228 million. That’s how much money was spent on three elite relievers this past offseason, which one could argue is less than absurd amount of prospect/young player value that contending teams have been forced to give up during the past eighteen months in order to shore up their respective bullpens. This reliever bull market is further […] 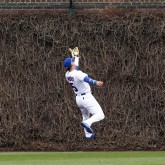 What You Need To Know: Behind solo home runs from Addison Russell and Anthony Rizzo and a solid start from Brett Anderson, the Cubs shut out the Dodgers 4-0 today to win their third straight series to open the 2017 season. Next Level: There has been a lot written about the Cubs unbelievable 2016 defensive performance and […] 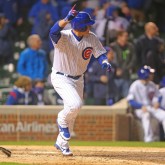 What You Need To Know: Despite a nearly two hour rain delay (fitting for team that had a rain delay play such a prominent role in it’s championship run), for the first time since 1909 the Cubs raised a World Series banner. If we’re going to be technical, the Cubs actually raised four banners, one each […] 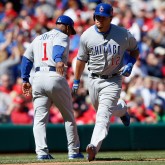 What you need to know: For much of the day it looked like the Cardinals were in control of this game and going to take the opening series of 2017 from the Cubs. Fortunately for Chicago, Kyle Schwarber saved the day by hitting a three run home run off of new Cardinal Brent Cecil in the […] 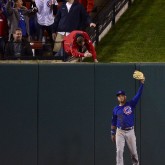 What you need to know: The elite Cubs defense from 2016 has not gone anywhere. Kris Bryant made a couple of really nice plays at third. Javy Baez did his thing at second base (including making a very nice game-ending play), and Jason Heyward was his usual self back in right field. But the play of the […]

Putting in Work: The Cubs played a two-game set against the Reds this past weekend in Las Vegas with the Cubs playing the part of Danny Ocean and his crew, and the Reds being some combination of a fading Al Pacino/lazy Julia Roberts plot arc in Oceans Twelve (trust me this makes sense if you watched […]

Now that the 2017 Cubs Convention has concluded, the last remaining stepping stone towards the day when pitchers and catchers report has been reached, and countdowns to 2017 Spring Training will soon start appearing on your local nightly news stations. But before we turn the page on the Cubs 2016 championship season (just kidding that […] 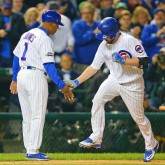 Every World Series Champion owes some portion of its victory to chance and/or good fortune. I hesitate to use the word luck, not only because of the negative connotation that word has in sports, but also because each World Series contender has to have some sort of baseline skill that would allow them to be […] 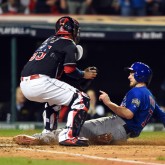 It’s a testament to how entertaining and excellent Javy Baez and Jon Lester were during the 2016 NLDS and NLCS that they not only were able to overcome the initial sluggish postseason starts by Anthony Rizzo and Addison Russell, but were also able to nearly completely overshadow Kris Bryant’s solid postseason performance up to that […]