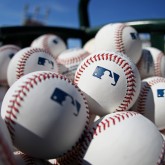 At this point, it’s accepted that there’s something up with the baseballs that are being used by Major League Baseball this season. We see home run totals on record paces, seemingly every pitcher’s HR/FB rate is up, and pitchers are basically telling us they’re throwing Slazengers and can’t get quite the feel they used to. And […] 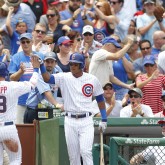 If you’re having flashbacks to the climactic scene in A Few Good Men, I get you. (And full disclosure, you won’t understand calling Ian Happ “The Colonel” if you’re not an insane Simpsons fan, and even then you might struggle. Anyway, Colonel Leslie “Happ” Hapablap, from the Air Show episode). Usually, I think comparing two players […]