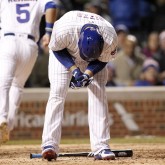 What You Need To Know: The Cubs continued to struggle at Wrigley Field, as they were swept by the Yankees tonight, losing by the score of four to one. The Cubs are now 7-9 to start the season at the Friendly Confines (they were 57-24 at home in 2016). This loss is especially painful as the […] 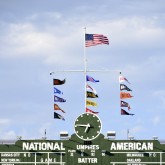 Interleague play was first introduced as a regular season indulgence in 1997, and some purists—including yours truly—never came around on the novelty. This skepticism was helped by having an American League team on the other side of Chicago; the argument of “seeing players you normally wouldn’t” always rang hollow. And, with the rapid development and growth […] 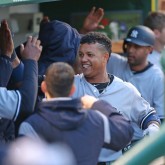 I may vomit. The Cubs should have picked tonight to present Brian Matusz with his World Series ring. Because this game certainly felt like he was on the mound again. Last year, as several of you will recall, the Cubs started Matusz in a late July contest with the Mariners. And after he gave up […] 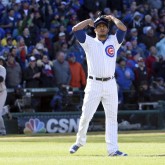 What You Need To Know: It’s the first week of May, but the opener for this series could easily be a preview for a World Series matchup. The Cubs are the reigning champs from last year and the Yankees are off to a red-hot start this season and boasts the second highest run differential (+45) in […] 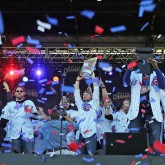 In case you missed it, the Chicago Cubs won the 2016 World Series. While few Cubs fans have tired of seeing Kris Bryant throw to Anthony Rizzo to break the drought, the start of the 2017 season draws ever closer, and soon the Cubs will have to get on with the business of defending their […] 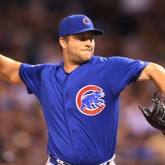 Aroldis Chapman made his first appearance for the Cubs on Wednesday, as I’m sure you were aware. Chapman has dominated the discourse for the last week, for obvious reasons; he is an electric and talented baseball player, who also fired eight shots from a handgun during an argument with his girlfriend in October, and allegedly […]