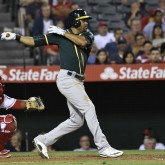 The Cubs travel to Oakland for a three-game series against the A’s this weekend, a match-up that’s more than tempting to frame as a battle of high-profile front office execs. Or, if not a battle—given the disparate states of these two franchises—at least a meditation on the paths of two of the game’s biggest movers. For […] 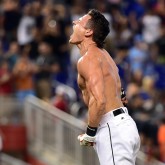 I want to take you back to a simpler time, a time before iPhones, Twitter, and Google Docs. It’s 2003, and the Cubs are facing the Miami Florida Marlins at Wrigley Field in late July. Both teams are right around .500 and they weren’t exactly big rivals at the time, which makes the matchup pretty […] 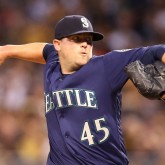 Seattle is a bustling metropolis that has given the world Frasier, The Presidents of the United State of America (millions of peaches, peaches for me!), and arguably the best season of The Real World. The city’s greatest export, apparently, is pop culture references for people currently in their early, early, early* 30’s. This weekend, though, they send the North Side […] 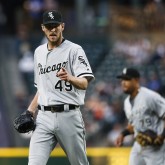 This is the weird new version of the interleague rivalry series that unfolds whenever teams are playing some division other than their direct counterpart in interleague play that year. As such, the Cubs and White Sox will play four consecutive games this week, but split them between their two home parks. Accordingly, each side will […] 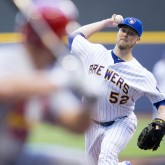 Fresh from series wins against the Rangers and Mets, and after an off-day charity boxing event Wednesday night, the Cubs are well positioned to go into Milwaukee this weekend and continue the kind of baseball they have played since the All Star break. They have an incredibly favorable five game road trip that starts tonight, with three […] 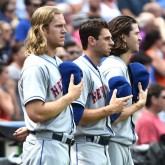 If things go according to plan, this series could be the last time a diminished Cubs team takes the field. Dexter Fowler could be back by the end of this week. From the sound of it, Jorge Soler might not be far behind him. That convalescence comes as the clock starts ticking a bit more […] 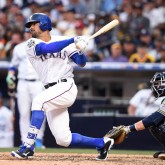 Oliver Sacks, in the opening of his seminal book  The Man Who Mistook His Wife for A Hat, writes “I am equally drawn to the scientific and the romantic.” The famed neurologist and naturalist might as well have been penning a mantra for every Baseball Prospectus reader and writer who revels (or obsesses) in the minutiae of the game’s […] 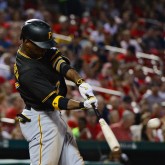 If there were a euphemism or tired cliché that has described the Cubs’ season so far, it’s Isaac Newton’s “what goes up must come down.” He was talking about gravity, but had he said it about the 2016 Cubs, the 17th century British mathematician and astronomer would be right about the way the season has […] 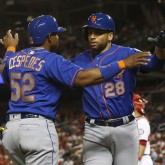 Extremely soused Don Draper voice: “Step right up and greet the Mets…” When asked about the upcoming four-game set against the Mets in Queens, Kyle Hendricks said, “We’ve got a little chip on our shoulders.” Well, the Cubs might enter the series with a chip on their shoulder due to last year’s NLCS sweep to […] 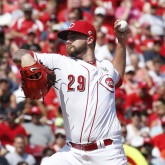 By their nature, series previews are all about looking ahead, written in anticipation of the three or four games that are to come and an attempt at making sense of what they might bring. However, the past week of Cubs baseball has been the source of such great angst that it might be difficult to […]