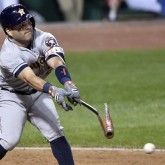 Tangentially Related Introduction for the Series Preview  Among the most prized possessions of my childhood was a Mickey & Minnie autograph book filled with the signatures of a dozen or so Houston Astros players. In the winter of 1993, my family rented a house just outside of Orlando, about a five minute drive from the Astros spring training […] 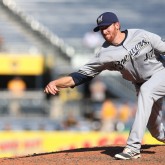 Probable Starters Monday: Kyle Hendricks vs. Zach Davies The last time Kyle Hendricks faced the Brewers, he lost in a 5 1/3-inning, four-run effort. That was the last time he surrendered more than three runs in a start—and it was on May 17, nearly four months ago. Since, Hendricks has ridden his changeup and savvy […] 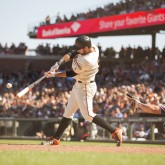 Heading into the All-Star break, it was the San Francisco Giants, not the Chicago Cubs, who held the best record in baseball. On the surface, that alone would make this four-game series at Wrigley a pretty intriguing set. But since the break, the Giants have been a bottom-of-the-league 15-27, including an 11-16 August, their worst month’s […] 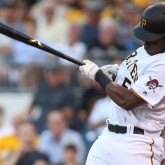 Earlier in the season, writing the Pirates out of the playoff picture probably would have been a safe bet. Not a sure thing, but especially when they sold off their closer at the deadline, things did not appear as if Pittsburgh would be getting even their usual one-and-done playoff appearance. But that’s part of the […] 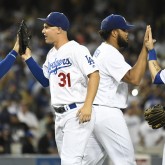 The last time the Cubs found themselves in  Chavez Ravine, this transpired… Which, of course, is the second greatest moment Cubs moment in Dodgers Stadium after this… When the Cubs hit the West Coast starting Friday night, it will be light on the Arrieta and Rowengartner, but it will feature two of the best teams […] 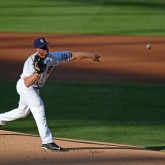 This is the second leg of a three part road trip out west, and the hardest part of the trip is probably the series that comes after this one. The Cubs and Padres last faced each other in the second week of May at Wrigley, and it proved to be a surprisingly challenging series for the […] 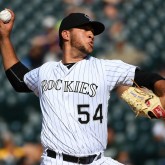 The last few weeks of baseball have been reminiscent of the first month of the season. If not for a couple of bad innings from Carl Edwards, Jr. and Hector Rondon, the Cubs would probably have been flawless, but instead, they’ll settle for being 14-2 since the beginning of August. West coast road trips have […] 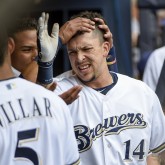 Heavy April rain has made this a four game series, with the oft-dreaded day-night doubleheader to open it, but the Cubs have been wildly successful in the last two weeks, winning 13 of  their last 15. Losses on Saturday and Sunday to the Cardinals at the hands of the bullpen have certainly frustrated the fanbase, […] 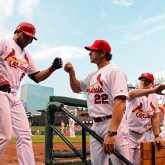 Near the end of June, and a couple of weeks before the All-Star break, the Cardinals swept the Cubs at Wrigley Field. The Cubs were flailing in the deep waters then, at the nadir of their 2016 season; they subsequently dropped series versus the Reds, Mets, and Pirates, plus a makeup game versus the Braves. […] 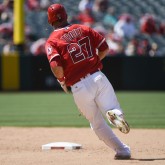 This season opened in Anaheim, and much of what made the Cubs the Cubs then has changed. Kyle Schwarber is no longer a part of the left field platoon, the bullpen is almost entirely reconfigured, and the depth of the minor league system has been tapped somewhat in order to ensure as best as possible […]