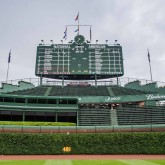 The Chicago of the mid-1800s that prided itself on its cleanliness and relatively high standard of living for its poor had disappeared by the turn of the century. Connecting the East, South, and West, Chicago rapidly bloomed due to the expansion of the railroad, its population growing from 360,000 in the 1880s to 1.7 million […]