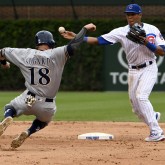 We all made assumptions about the Cubs this year. And it’s far too early to say any of them are going to turn out to be wrong. A quarter of a baseball season is hardly enough to judge. But we’re all sitting here, with nothing much to do, and I’d rather be writing something than […] 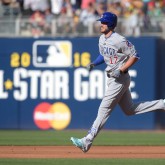 “We have Kris Bryant, and you don’t.” Typically, it’s a trademark majestic bomb that motivates the popular fan jibe, but on June 27, 2016, it was three of them, plus two doubles thrown in for good measure. On that night, at least, Kris Bryant’s awesome offensive firepower was the story du jour. But closer observation revealed a more striking trend. Through a purposeful effort […]