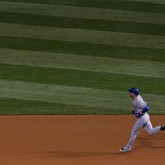 In the fourth game of the 2015 National League Championship Series, down 3-0 in the series, the Cubs had their backs against the wall. And in the top of the first inning, Lucas Duda set the tenor of the game when he drilled a three-run shot into center field on a full count offering from starter Jason […] 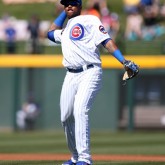 The Chicago Cubs won a handful of exciting games this week, beginning with a ninth inning comeback against the Rockies in Colorado on Sunday. Dexter Fowler took a two-strike offering from yes-he’s-still-pitching LaTroy Hawkins, and deposited it well over the right-field wall, turning the Cubs’ one-run deficit into a one-run lead that they would not […]